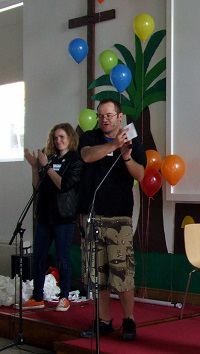 ‘It’s NOT crazy!’ – although being here for the week was a little crazy at times…starting with a toilet roll being unravelled at great speed by a leaf blower across the church to launch the holiday club!

The church certainly looked a little crazy, with helium balloons growing out of palm trees, huge coloured measles on the glass doors and a Hall of Mirrors.

There were close to 100 children booked in for 4 days of activity:

– all with the aim of discovering that stories from the Bible might at first seem crazy, but on closer inspection are not! 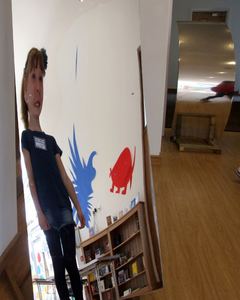 Hard to say whether the children or the team of helpers had the more fun – but well done to all those who sported crazy clothes, hair and hats.

Watch this space for next year’s theme…