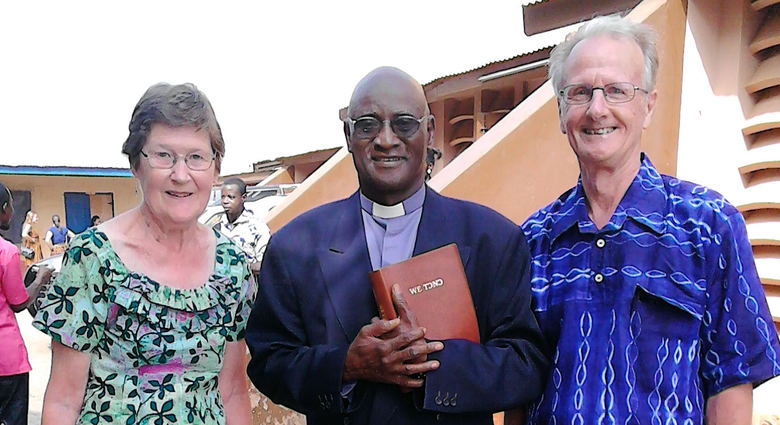 After living and working together in Ghana for a large part of our lives, we returned there in November to celebrate the launch of the Bible in the Kasem language. We went to live among the Kasena people in 1972, initially coming to grips with the language and culture and then moving on to facilitate translation of the New Testament, as well as preparing materials and training volunteer teachers for adult literacy classes. After the New Testament in Kasem was published in 1988 we moved out of the language area on the northern border of Ghana and got involved in helping those working in other languages of Ghana, of which there are more than 40.

During the 1990s we settled in Thame for our two children to complete their secondary education at Lord Williams's school. We also joined LCBC in 1990. It was an encouragement for us to hear in 1999 that work had started on translation of the Old Testament into Kasem, on the initiative of one Kasena church pastor. In 2000 we were able to return to Ghana, at our children's insistence, but had little time to give to  assisting the work in Kasem due to other responsibilities. Surprisingly, Philip's contribution as a consultant on the translation took off when we needed to return to the UK in 2006 to take care of Judy's elderly mother. Philip was able to use newly developed software to keep in touch with the translation being drafted in Ghana, as well as making two 4-week trips a year to work face-to-face with the group of Kasena translators. The outcome of this was completion of work on the Old Testament, together with revisions to the New Testament translation, so that the complete Bible was ready for printing by the end of 2014.

The trip in November this year was to share in the launch events held in three different locations in Ghana. Two of these were in the Kasena homeland and one was in a city, Kumasi, which is 350 miles south of the language area, but where many northerners have settled to get paid employment or to farm. 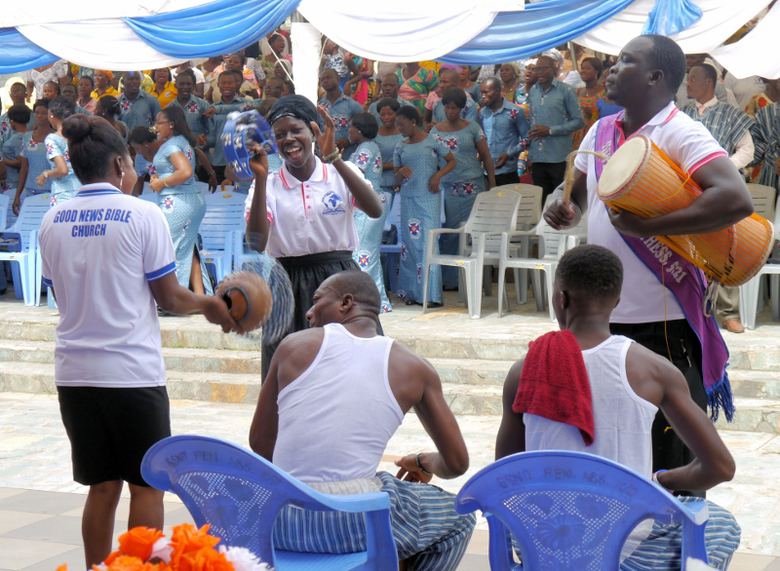 A highlight of these celebrations was to see people pressing forward to buy a Bible in their own mother-tongue. Once they had their hands on one, many were so deeply engrossed that they paid scant attention to further proceedings. 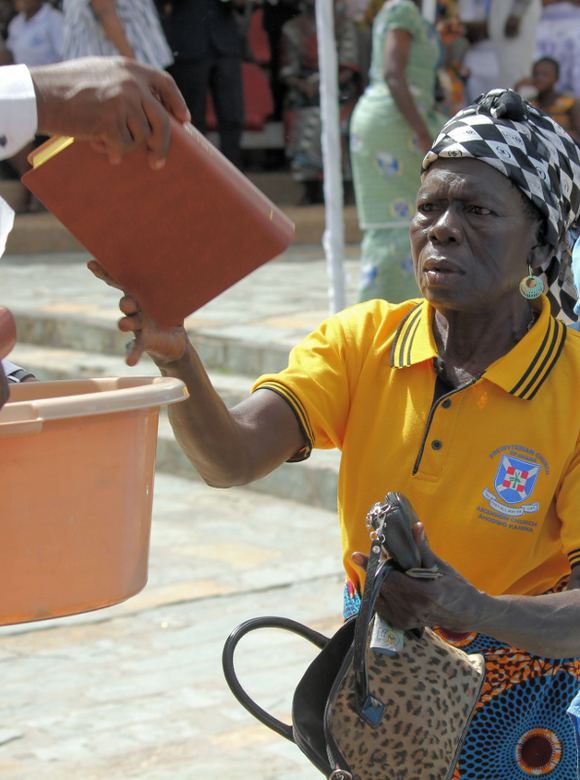 It was a special joy to present a copy of the Bible to the minister of the central Presbyterian church in Tamale (see top photo.)  We had first met Rev. Wedam in 1973 when, as a schoolboy, he had been helping with the translation of the book of Exodus into Kasem, his own language. Now, having retired from the Ghana Audit Service, he is giving his time to serve God in ministry in the church. It was lovely to renew contact with him and with others who had been part of our lives since the 1970's. 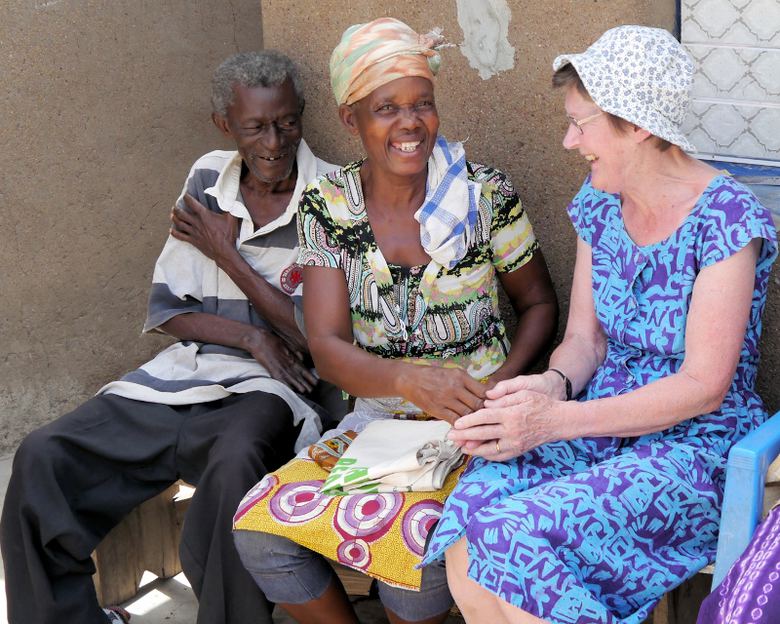 Two representatives of supporters from the UK were able to join us for these celebrations, and our daughter Alison travelled from Nigeria where she also works in the cause of Bible translation. We are aware that so many people and churches in Ghana, in the U.K. and around the world have been part of bringing the Bible to the Kasena people in the language of their hearts. Now they may respond to God's message in a way appropriate to their own culture without the need for interpretation by outsiders. 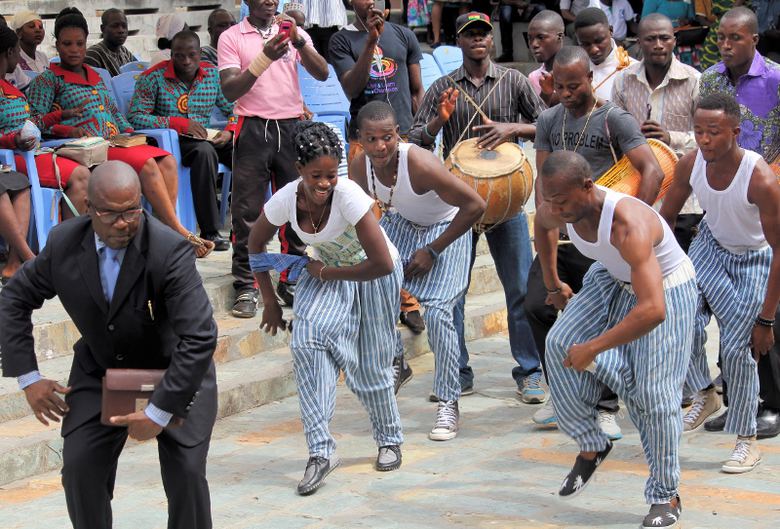 Probably that is the last time we shall visit Ghana. It was a good note to end on. Thanks be to God. 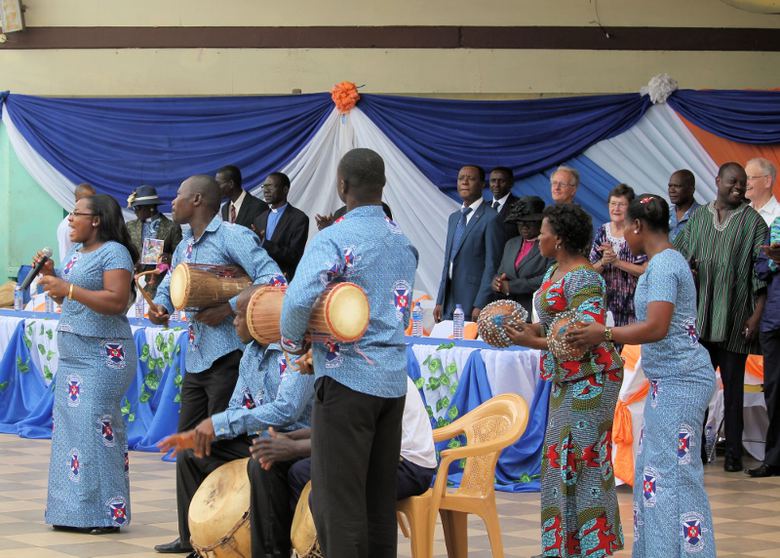