On Sunday 10th April LCBC said a fond farewell to Judy and Philip Hewer, who have been an important part of our church family over many years and are about to leave to live closer to family. Coincidentally it happened to be their 45th wedding anniversary too! We shared a wonderful lunch, and enjoyed the opportunity to hear the Hewers talk about their journey with God over the last 45 years.
This is their story.

We went to Ghana in 1972, one year into our marriage, little knowing that it was to be the start of a 43-year journey which would culminate in the launch of the Bible translated into Kasem. 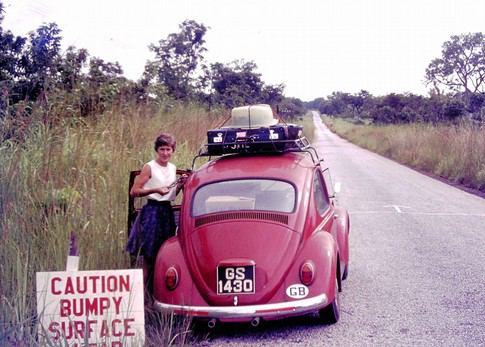 We settled in Paga, a village on the northern border, and gradually got to grips with the language and way of life of the Kasena people. We had to learn Kasem by listening, writing down what we heard phonetically and then going out to use the few phrases we had at our disposal. We made plenty of mistakes and did our best to laugh with those who tried to help us get it right. 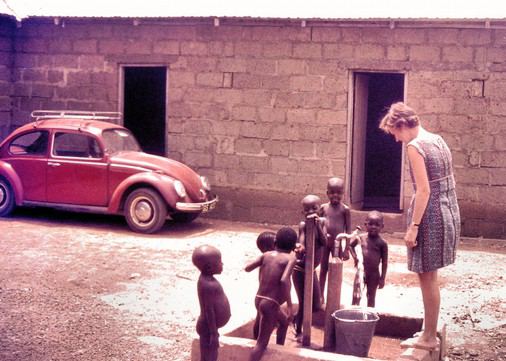 There were significant friendships made in those early years: Ayira who helped us get settled and learn our way around, and who later took on supervision of the adult literacy programme for which Judy helped to prepare reading materials and train volunteer teachers; Abatwe who was a neighbour and friend with whom we enjoyed a joking relationship; the paramount chief of Paga who was about our age and became chief the year we arrived; and Salifu who was a volunteer literacy teacher, later helping with the New Testament translation. Remarkably all these four (and others too) were still around in 2015 when we went to celebrate the launch of the Kasem Bible. 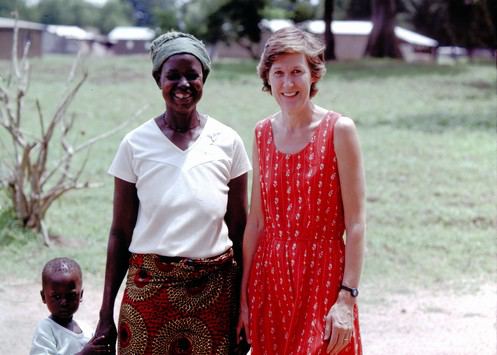 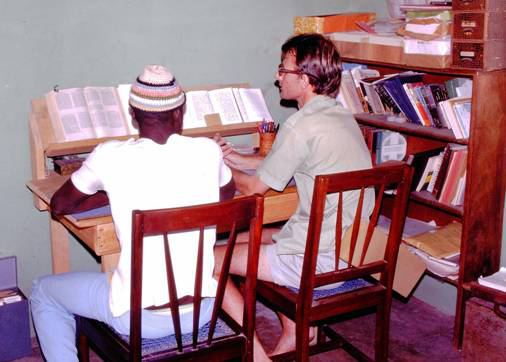 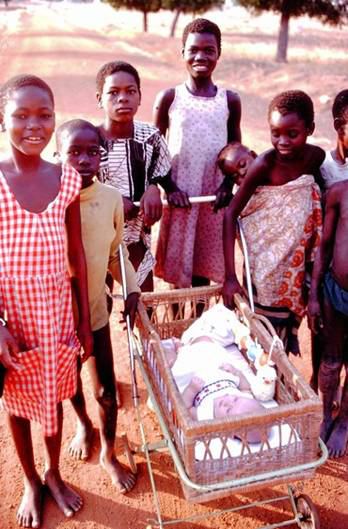 Our two children, Alison (born in 1977) and David (born in 1982) spent their early childhood in Kasena-land. It was a good experience for them, learning first-hand about a part of the world and a way of life most kids would never see. They also opened up avenues for friendships with others. Older kids would push Alison around the village in her baby buggy and we knew it was a safe environment. 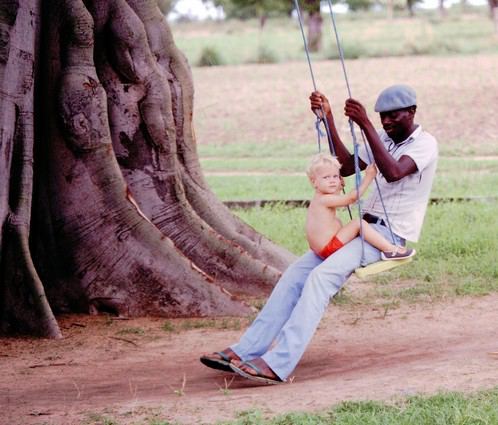 Judy, as a trained primary teacher, was able to do home schooling with them until we returned to the UK in 1990, the New Testament having been published in 1988. 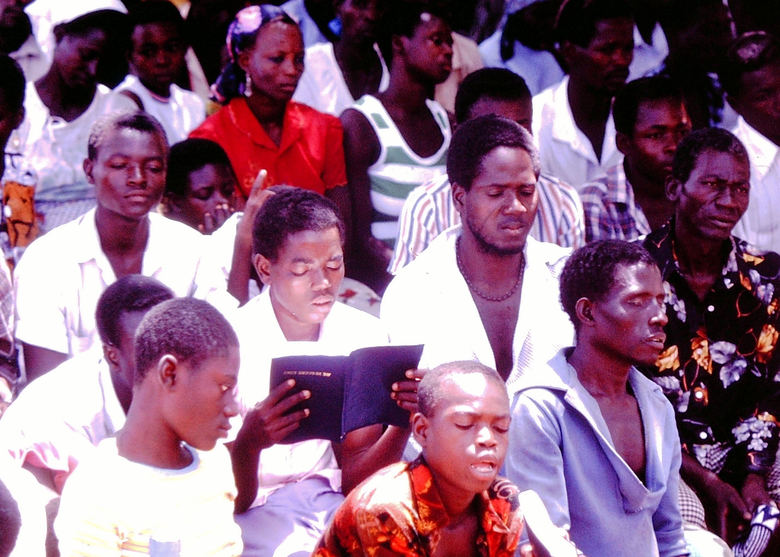 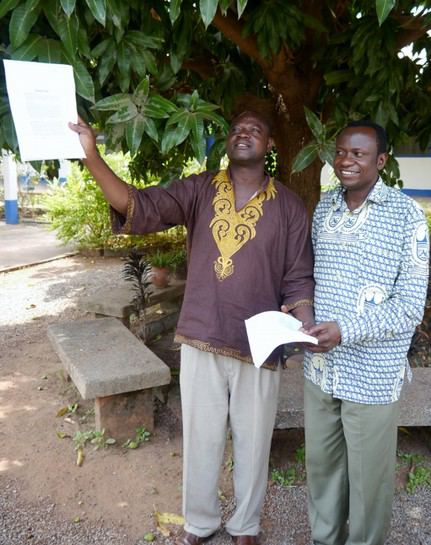 In 1998, while we were still in the UK, we heard that some Kasena pastors had got started on translating the Old Testament. In 2000 we found ourselves free to return to Ghana, assured by our kids that they would be fine without us (really?!) We had significant responsibilities within the wider team as work progressed on Bible translation in 30 or so Ghanaian languages. Philip managed occasional trips up to Kasena-land, 2½ hours each way, to give the translators a few hours of input and also some week-long consultant sessions in Tamale carefully reviewing the draft translation. But progress was slow. It was when we needed to return to the UK in 2006 to care for Judy's mum that Philip was able to give 4 days a week to reviewing the translators' drafts and progress really speeded up. Using great software that kept us in touch with one another's work, combined with Philip's twice-a-year 4-week trips to Ghana to meet face to face, saw the Old Testament completed and the New Testament revised so that the whole Bible could be published in 2015. 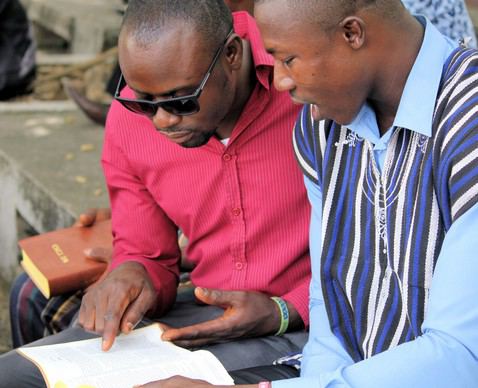 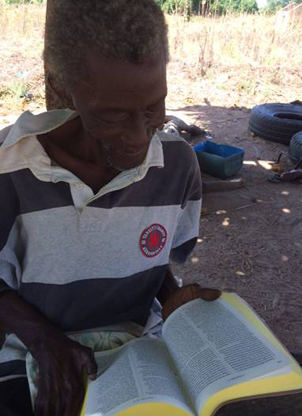 This has been a long journey, taken one step at a time, never dreaming at the start of it that we would still be involved in the same Bible translation project at its completion. At least two things have been of supreme significance: the faithfulness of God in guiding us and watching over us; and the support of the church, the body of Christ, in England, in Ghana and in the wider world, as people have prayed, given and shared in the journey with us.