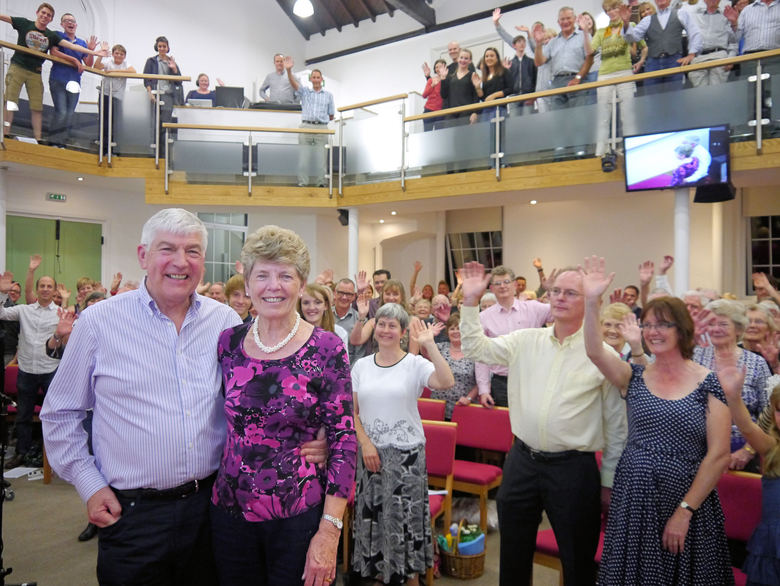 How do you celebrate lives given in service to God and dedicated to him?  At LCBC we spent a whole weekend in thanksgiving for Mr and Mrs Steadmans' 37 years of pastoring, loving and building up the Baptist Church here in Long Crendon.

On Saturday 20th September 2014 the church family, along with old friends and members of Jeff and Hannah's families, came together for a wonderful party. 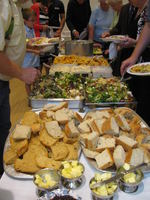 There was some amazing food 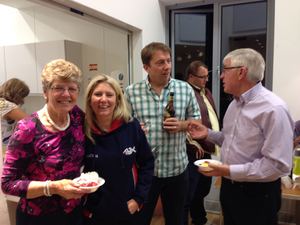 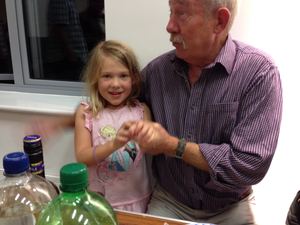 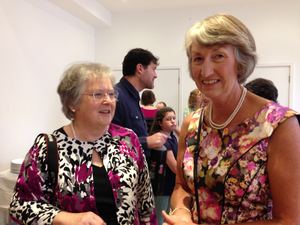 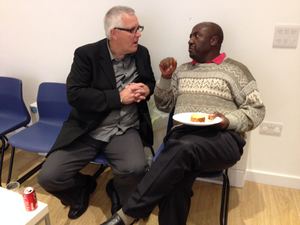 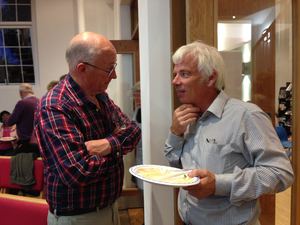 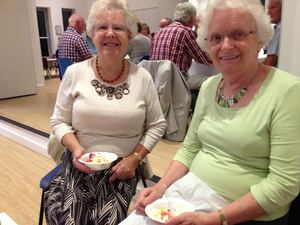 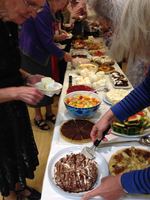 And even more food! 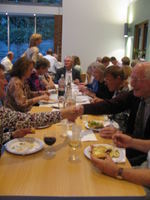 There were people eating everywhere you looked
(well we did manage to feed 250!) 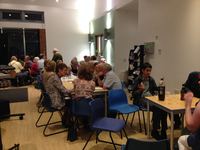 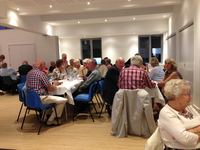 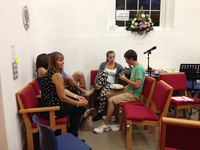 After all the talking and eating came the entertainment, as only LCBC, organised by Helen and Martin Walker, can do. 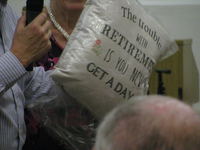 Jeff and Hannah were given a special presentation cushion (not that we believe they are going to do much sitting back and relaxing), and the evening began.

There were musical pieces from classical to jazz, choral, combo and solo.
Highlights included: 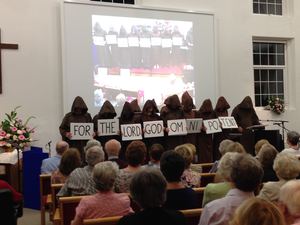 The silent monks with their
Hallelujah Chorus 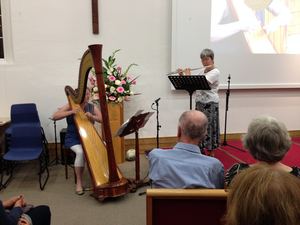 Welsh music from Elizabeth on harp and Kathy on flute 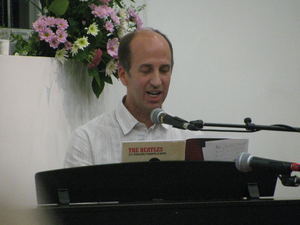 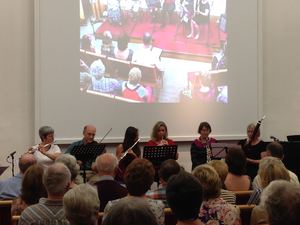 Chitty Chitty Bang Bang - an homage to Jeff's choice of music to drive to! 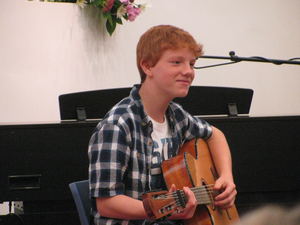 Tom Finlay singing
his own composition,
accompanied by brother Jordan 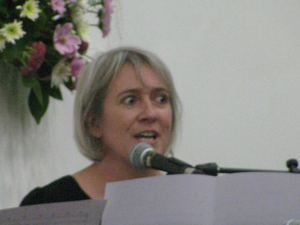 And who could forget the amazing Cat's Duet by Rossini, sung by a large number of cats who popped up all over the church!

The final item was a choral piece - Howard Goodall's version of Love Divine. 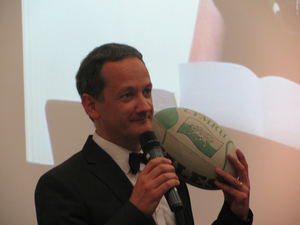 There were also sketches which had us creased up with laughter (mostly poking very loving fun at Jeff) and in-jokes about vegetables, Wales and all things Welsh. 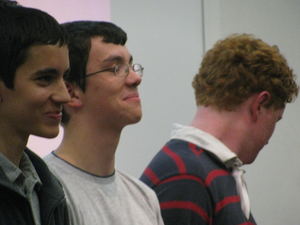 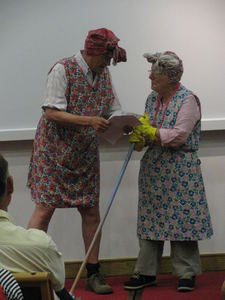 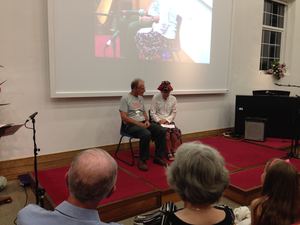 Ron and Eth did
a bit of canoodling 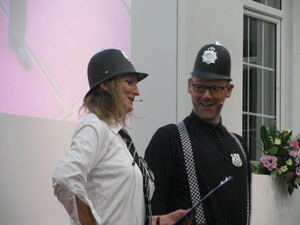 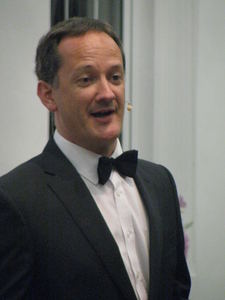 With Martin as a very dapper compere,
it was a wonderful evening,
to be remembered for a long time.

The last word belongs to Hannah who thanked all those who provided the wonderful food and entertainment and those who cleared up afterwards! 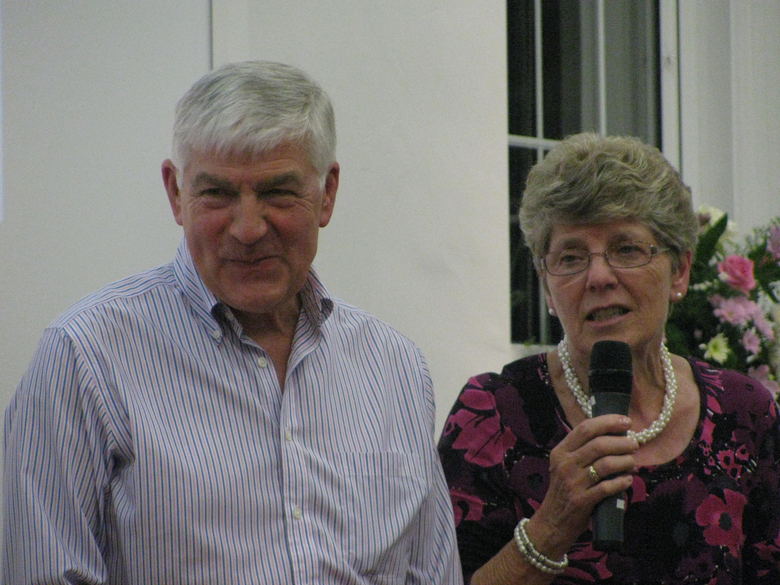