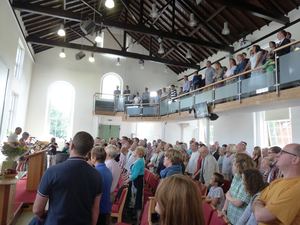 A great spirit of thanksgiving was present at LCBC on Sunday - two services of giving thanks to God for all that Jeff and Hannah have done for our church and its people during their 37 years of service here.

Their contribution to the village, and to mission both local and international, were also recognised.

The church building was again bursting at the seams for both morning and evening services. 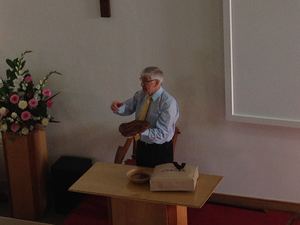 In the morning Pastor Jeff gave the children's talk, illustrating it with two recent gifts  - a useful bowl made from a useless burr removed from one of our lime trees 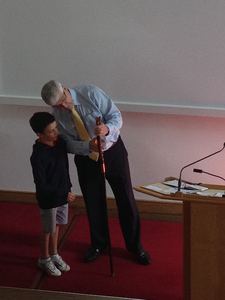 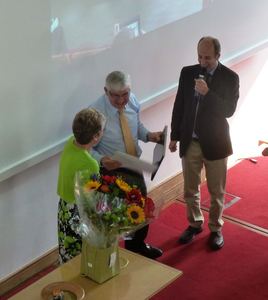 Gifts including flowers and a book of photos were presented. 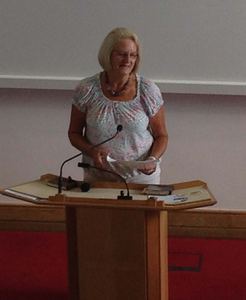 There were contributions from Val,
talking of the early years of
Jeff's ministry at Long Crendon, 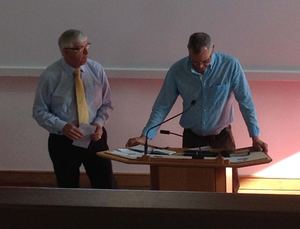 a powerful testimony from Peter, 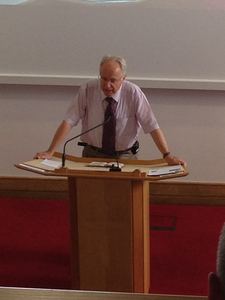 and a sermon from Andrew Davies, who had preached at their wedding and then at Jeff's induction at LCBC on 5th February 1977.

At the evening service there were more acknowledgements of how good God has been to us in blessing Jeff and Hannah's faithfulness to him: 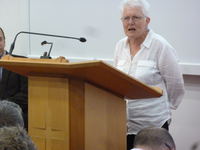 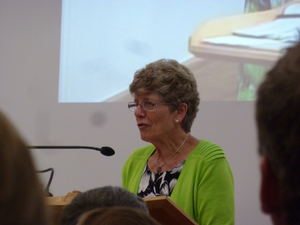 Hannah spoke about her early plans for overseas mission as a nurse, and how marriage to Jeff had brought her great involvement in the wider mission field 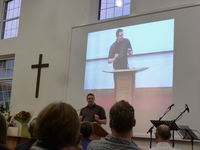 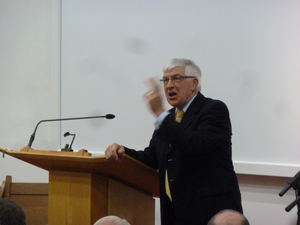 And finally Pastor Steadman's
sermon. You could have heard a pin drop as he spoke of his early years and experiences at Long Crendon.

(By the way he is emphasising not admonishing!)

After the service there were more celebrations with, of course, cake! 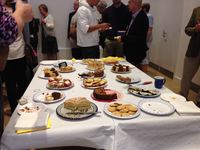 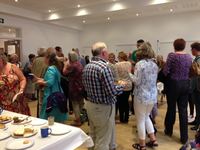 lots of catching up 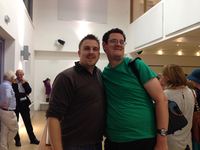 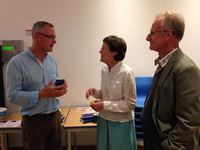 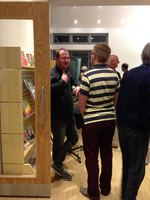 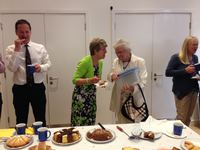 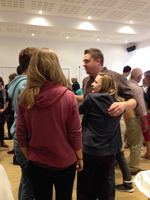 plenty of hugs, laughter and a few tears: 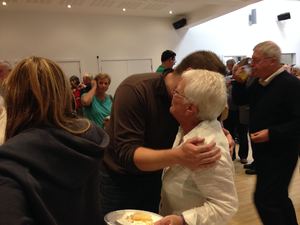 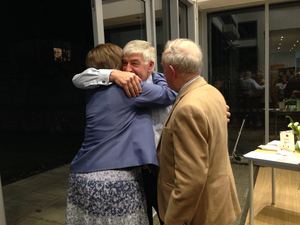 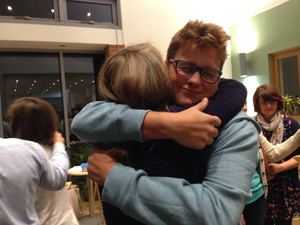 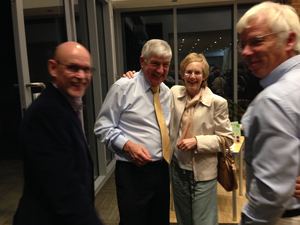 It has been a weekend of mixed emotions - both thanksgiving and sadness at the end of a long and much blessed pastorate - and we pray for Jeff and Hannah every blessing in a long and happy retirement together.

'To God be the glory, great things He has done!'