Simon Barrington, Executive Director of Samaritan's Purse, gave a talk LCBC's Central Prayer Meeting recently about the plight of refugees, how Samaritan's Purse has responded and what we, as Christians, can do. He opened with a quote from Mark's Gospel 'Jesus was moved with compassion' and then asked 'What will move us?' He invited us to pray 'Let my heart be broken by the things that break the heart of God'. 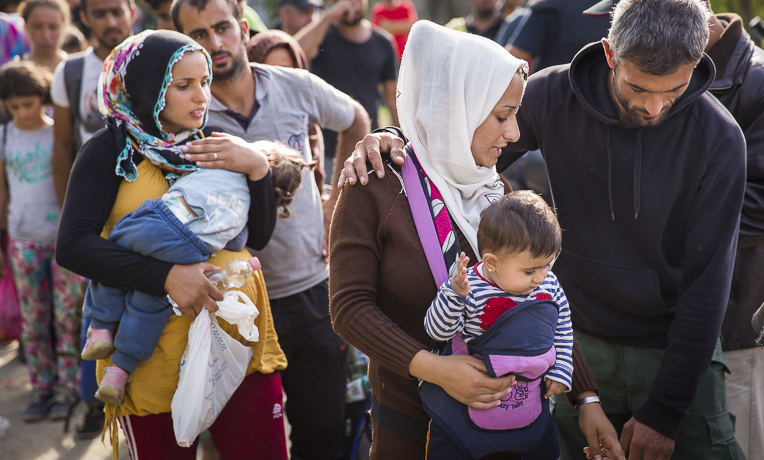 The talk was accompanied by slides showing refugees. There were individual stories about specific people Simon had met, like a young girl called Adina who had fled with her mother from Homs in Syria. What choices did they have? Their home was bombed, attacked and left in ruins. Simon asked us to look into the eyes of refugees and to see life from their eyes. In reality, less than 1% of refugees get the right to settle in a third country.

He shocked us with many facts, including that

There are few choices away from the camps: 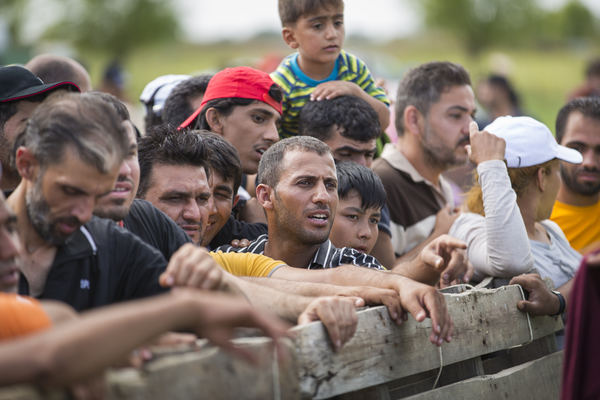 Simon asked what our country is doing about it. Why are we forcing children to make the perilous journey across the sea? He proclaimed this as a real opportunity for Christians to respond and recognise refugees as humans. He mentioned Fiona Bruce MP, who publicly recognised the Church's contribution to helping the refugee crisis as an encouragement. Samaritan's Purse is responding by meeting the refugees as they flood into Europe, often Muslims who are having their first ever contact with Christians, and welcoming them in the name of Jesus Christ.

We watched a video of Lesbos, Greece, where 60-70 boats of 45 refugees arrive daily. They are the lucky ones who survive the journey. They flee with nothing but hope of a better life and arrive visibly afraid, cold and wet. Many of the refugees are highly educated, intelligent and hard-working professionals who leave well-paid jobs and run away with their families to escape unimaginable horrors. One man, Ibrahim, was moved by Simon merely asking his name, saying that he hadn't been treated like a human being for 5 years - nobody had asked his story and he had been treated inhumanely by the people traffickers, who charged $6,000 per person for the boat crossing. 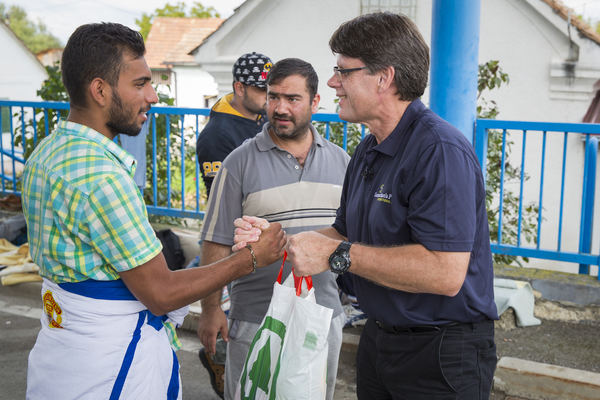 Samaritan's Purse volunteers talk to the refugees with compassion, as human beings, and give them dignity, providing temporary shelter, food, water, medical care, dry clothes and boots. In transit camps, they provide 100,000 meals each day. They also provide a place to encounter Jesus through the Gospel. Victoria Square, Athens, is a meeting place for 3,000 refugees, where ex-missionaries serve tea, provide mobile telephone access, opportunities to read scripture and offer to pray with them.

Samaritan's Purse also helps UK churches to equip themselves to welcome refugees and help them find Jesus. Simon told us that 10 cities in the UK will be receiving significant numbers of refugees and that churches and other faith groups will be providing housing and employment opportunities. He went on to remind us of the recognition of refugees in scripture: Hebrews 11 where Abraham was forced to leave his home; Noah called to leave and build the ark; and Joseph called away to Egypt. Simon said the difference between migrants and refugees is that refugees always have their final destination in mind - to go home.  They have few possessions and 'carry their things lightly'. They also travel in community, not alone. 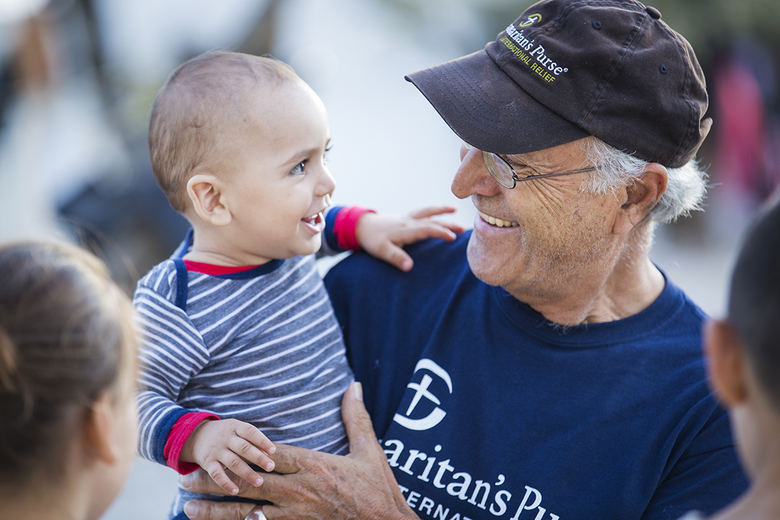 We were then told how we as a Church and as individuals can help:

We spent time praying for peace in Syria, for a solution for those 'stuck' in Greece, with nowhere to go, for those desperate to leave refugee camps in Lebanon, Turkey and Jordan who now face even more dangerous routes. We also prayed for the work of Samaritan's Purse and for Simon personally in his influential role as Executive Director.

We closed, praying, 'Lord, melt our hearts to respond to this crisis'.