As a church we at LCBC believe in adult baptism, when a person has had time to come to faith in Jesus.  We see this as a symbolic act and an outward expression of this faith. Recently we were delighted to witness the baptism of a young man, Tom, who has reached that point in his life and wanted to tell us about his journey to belief.  Before his baptism by full immersion he stood up and told us all about how he had come to this point.  This is Tom's story. 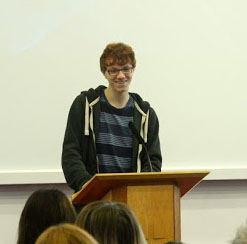 As a child, having been raised in a Christian environment, I had grown up knowing the message of the Bible – something that, looking back, I am so grateful for, as it shaped my future and was ultimately the first stepping stone across the river to the faith I have in the living Jesus Christ today.

However, around about nine or ten my childhood began to change, for what at the time seemed for the worse  as it made me question where God was in my suffering and in the suffering all around the world, but now, in retrospect, I am fully glad I went through this. At this age, I was depressed. The things I had once found joy in seemed joyless. I felt lifeless. And the hardest part was that I was so ashamed of how I felt, that I hid it from my friends, my parents, my family, and, although he knew nonetheless, God.

As I started secondary school, my depressed disposition continued, and the great beauty and the knowledge of the extravagant love of God faded away. Christianity for me just became something that happened on Sundays that, along with a smile and a laugh, I could hide my true feelings behind. Christianity happened on Sundays, but didn’t play a role in my everyday life. I still believed in God, but that belief was more of an idea than a reality.

After turning fourteen, I realized, with the upcoming of my GCSEs – my first, real qualifications and first real step into the adult world – that I had some big decisions to make, one of which concerned my faith. After years of feeling low and hopeless, my faith had gone nowhere. I was still living a lie; I was still in hiding. It occurred to me that this decision – the question of my faith – was ultimately and literally a life or death decision, and so shouldn’t be decided irrationally or by the flip of a coin. It was a decision I knew then all of us had to face, none of us could avoid, and all of us needed to ask. Then, one day, the complex entanglement of my emotions and feelings and thoughts all snapped. It had been a bad day, tiring, long, and accompanied by my usual true emotions. I was upset, and in pain, and I simply cried out to God. In that moment I came out of hiding; I realised I couldn’t hide from God. In that moment I finally came to understand that God had not forsaken me; I had forsaken him. 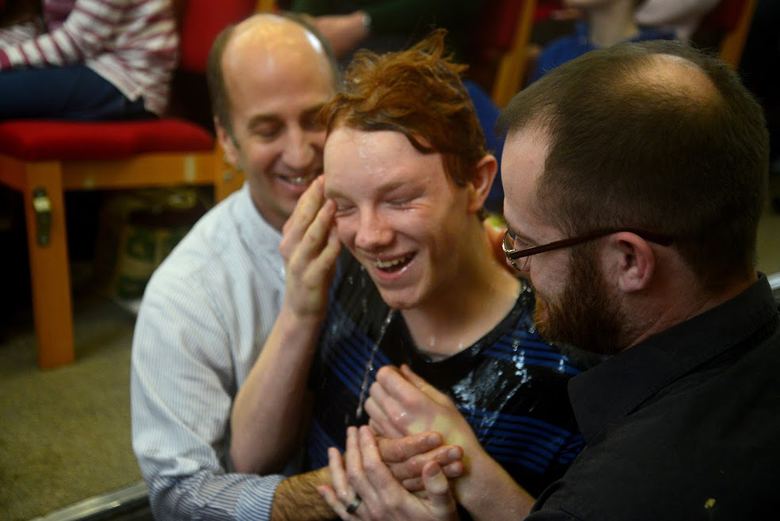 Over the next six or so months, my depressive feelings began to disappear. There was once again a persistent hope and happiness within me, as I delved into the question of my faith. I firstly decided to analyse the evidence for and against the existence of God. Growing up, it had become a fact in my mind that God existed, but as I learnt more scientific knowledge, I realized there could be alternative explanations. However, science also vitally encouraged me in the idea that God did exist, as I learnt more about the world in more precise detail, like cells and atoms and all these intricate systems that worked in perfect harmony. I began to feel it took more faith to believe it was all an accident caused by a big bang than it did to believe in a God.

From this then arose the question; Whose God? I had grown up believing in only one God – the Christian God – but for the sake of an unbiased conclusion, I decided to research, explore and familiarize myself with the different theistic religions. On considering the answers they provided to questions of life after death, of suffering, and of who God is, I decided none truly added up for me. While some had valid ideas, it became apparent to me that Christianity genuinely stood out. It was the only one about what God had done to save us, whereas all the others were about what we had to do to save us ourselves.

In the end I came to a solid and confident decision. Considering the undeniable death of Jesus, and his resurrection, documents outside the Bible, and the witness accounts of his life, his miracles and his amazing teachings seen in the Gospels within the Bible, I decided that everything I had grown up believing was reality, and I re-discovered God’s love for me, shown by the ultimate sacrifice, his one and only son dying on a cross in agony, for us. For us all, we have to ask ourselves this question: ‘Why, 2000 years later, are we still talking about Jesus?’

And so by my fifteenth birthday, I was living in God’s strength, for God’s glory. I once used to look at this world and think, “Where is God?”, but now when I look at the same world, I think, “This world needs God.” 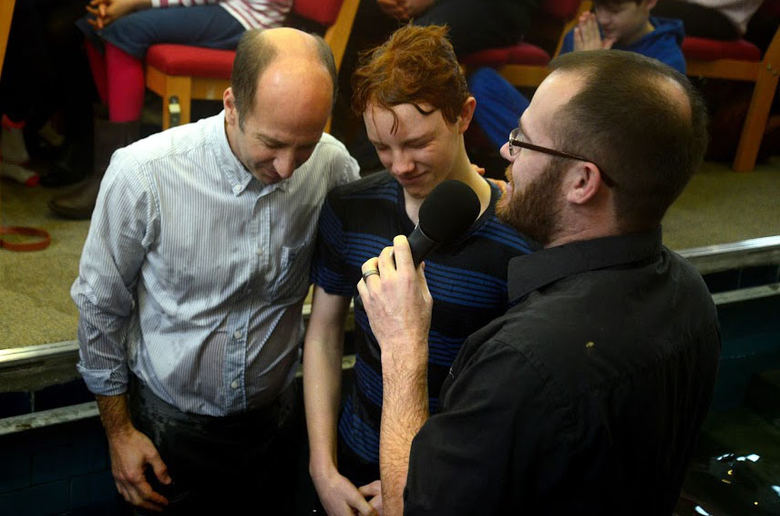