Welcomed by Pastor Neil, on the last Saturday in June we anticipated an interesting day of sharing and getting to know one another more.  After we had begun the day by singing well-chosen songs, Mark chaired an enjoyable team Bible quiz, followed by an interactive talk by Neil on the meaning of prayer.  A choice of three group sessions, led by Colin, Mark and Neil, stimulated fresh insights into our understanding of prayer.

Grant led a session for the children on prayer and organised their fun time, including a children’s film.  An unusual highlight for the children was playing with six real live kittens, in the pastor’s office!

A well thought out range of activities in the afternoon included craft, a local walk, board games and learning new songs.

Special thanks to our (almost) resident chef Roy, who prepared lasagne and puddings for about 120 people!  A ROYal spread indeed.

The evening entertainment was expertly arranged and compèred by Martin and Helen Walker.  The Vasile family were visiting from their church in Calarasi, Romania and Pastor Julian had a few tricks up his sleeve which contributed to the entertainment.  We were intrigued by an unknown German contortionist, who 'unpacked' and unwrapped several layers of clothing in preparation of the task ahead.   From behind a screen, with the help of two other pastors, his limbs were stretched to seemingly dislocation point and a 270 degree turn of his head had us all in a spin.  What a disguise - and it was interesting to observe the children responding to the command to stretch.   The children who performed their party pieces did so willingly and well.

We eavesdropped on Aggie ‘n Millie as they engaged in another of their now familiar gossipy sessions before tackling their idea of a ‘deep clean’ of the church premises.   No surprise that their enthusiasm was short-lived, when with chins on broom handles they made an executive decision to first of all have that well-earned cup of coffee.  Even the familiar LCBC logo earned its keep for staff on duty at the counter in the concourse.   A  Frequently Asked Question such as:   ‘Where do I put this particularly large cheque?’  Large Cheque?  -  Box in the Corner.   A clever and an amusing item.

The flexible layout of our church premises which accommodate diverse groups of people is ideal for an away day at home and a spontaneous comment by a recent newcomer to the church, that ‘I really feel at home here’ helps to sum up an enjoyable and profitable full day of events.

Here's a flavour of the day for those who couldn't make it: 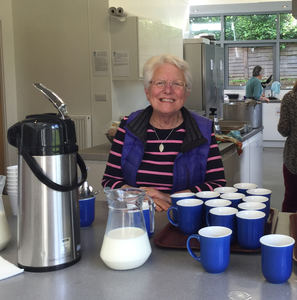 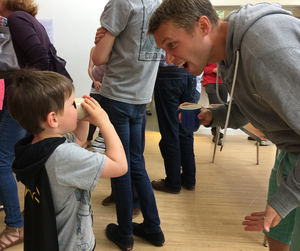 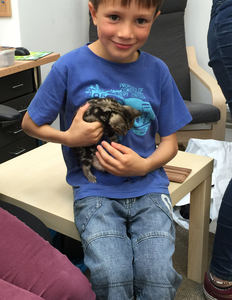 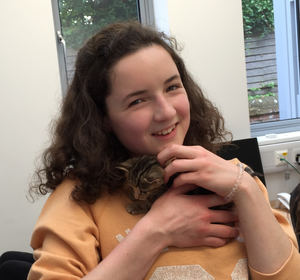 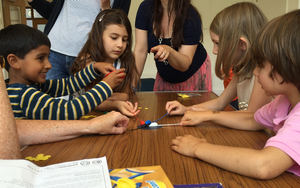 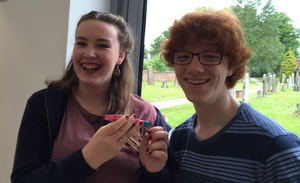 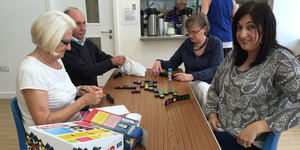